ALAYNE--EXCERPT FROM THE WINDS OF WINTER

She was reading her little lord a tale of the Winged Knight when Mya Stone came knocking on the door of his bedchamber, clad in boots and riding leathers and smelling strongly of the stable. Mya had straw in her hair and a scowl on her face. That scowl comes of having Mychel Redfort near, Alayne knew.

“Your lordship,” Mya informed Lord Robert, “Lady Waynwood’s banners have been seen an hour down the road. She will be here soon, with your cousin Harry. Will you want to greet them?”

Why did she have to mention Harry? Alayne thought. We will never get Sweetrobin out of bed now. The boy slapped a pillow. “Send them away. I never asked them here.”

MERCYE--EXCERPT FROM THE WINDS OF WINTER

She woke with a gasp, not knowing who she was, or where.

The smell of blood was heavy in her nostrils… or was that her nightmare, lingering? She had dreamed of wolves again, of running through some dark pine forest with a great pack at her hells, hard on the scent of prey.

Half-light filled the room, grey and gloomy. Shivering, she sat up in bed and ran a hand across her scalp. Stubble bristled against her palm. I need to shave before Izembaro sees. Mercy, I’m Mercy, and tonight I’ll be raped and murdered. Her true name was Mercedene, but Mercy was all anyone ever called her…

ARIANNEE--EXCERPT FROM THE WINDS OF WINTER

They struck out north by northwest, across drylands and parched plains and pale sands toward Ghost Hill, the stronghold of House Toland, where the ship that would take them across the Sea of Dorne awaited them. “Send a raven whenever you have news,” Prince Doran told her, “but report only what you know to be true. We are lost in fog here, besieged by rumors, falsehoods, and traveler’s tales. I dare not act until I know for a certainty what is happening.”

War is happening, though Arianne, and this time Dorne will not be spared. “Doom and death are coming,” Ellaria Sand had warned them, before she took her own leave from Prince Doran. “It is time for my little snakes to scatter, the better to survive the carnage.” Ellaria was returning to her father’s seat at Hellholt. With her went her daughter Loreza, who had just turned seven. Dorea remained at the Water Gardens, one child amongst a hundred.Obella was to be dispatched to Sunspear, to serve as a cupbearer to the wife of the castellan, Manfrey Martell. 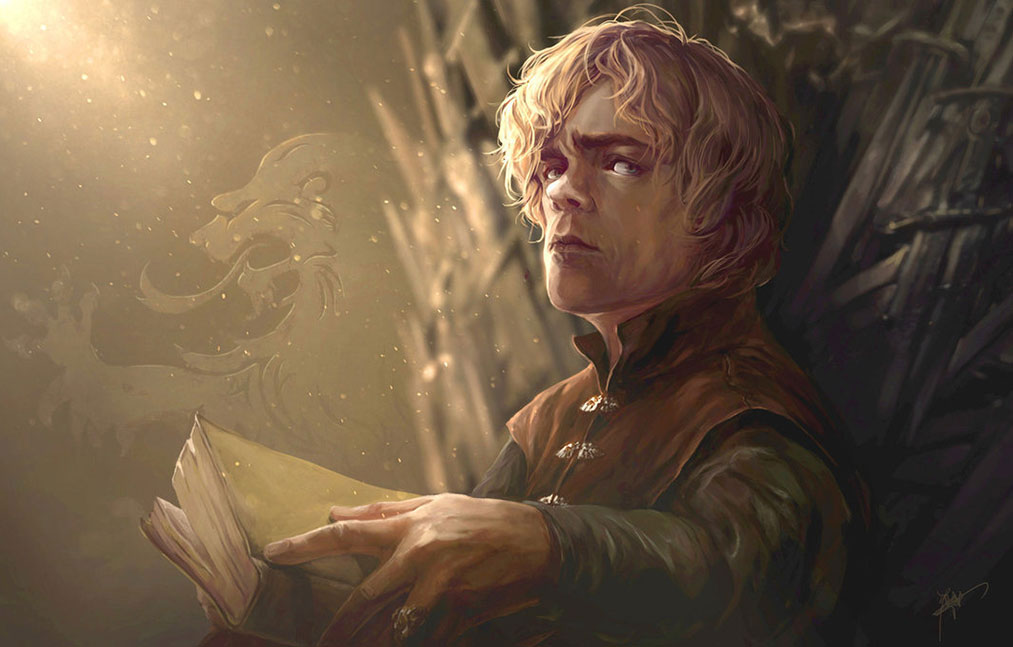